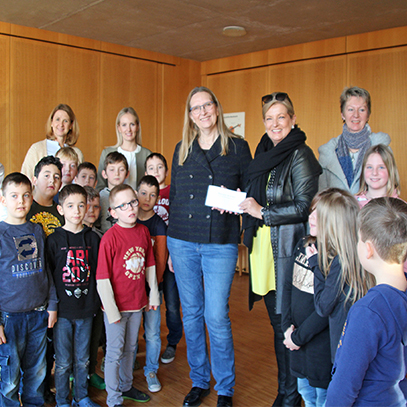 The children at Elisabeth Krauß school, the special needs support centre of the organisation Lebenshilfe Fürth, are already looking forward to using the Snoezelen room in their school building. The particular furnishings of the room such as a heated water bed, bubbling water columns and special light installations have a calming effect and help children to relax. In so doing, they create additional sensory experiences. The money will also be put towards a new piece of play equipment, a bird’s nest swing, for the outdoor area. All this has been made possible by a generous donation of EUR 10,000 from the Rainer Winter Foundation’s “Donate rather than increasing awareness” Christmas campaign. The pupils thanked the representatives of the Rainer Winter Foundation, Gabriele Grau and Alexa Grau, in the presence of their headmistress Ulrike Hambitzer and the Deputy Chair of Lebenshilfe Fürth, Hannelore Schreiber, by performing a little song to celebrate the donation. 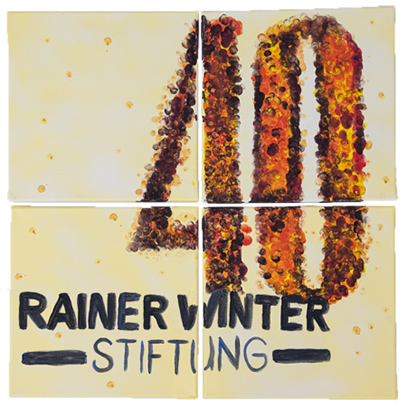 Rainer Winter, who has managed the fortunes of the Fürth-based uvex group, a family-owned business in the second generation since the early 1960s, is considered one of the pioneers of corporate involvement in social projects. "I didn't want to donate to any pots of large organisations," explains Rainer Winter. "My particular focus is on being able to influence myself to whom or which children are donated to directly. So he decided to set up his own foundation in 1980 and provide it with a reasonable start-up capital. It took several years before the foundation became known and the commitment to children was also supported by third parties. In the following years until today, Rainer Winter, his family and the uvex group donated through the foundation for needy and sick children in Switzerland and abroad. An important component of this is the uvex group's Christmas campaign, which has been held regularly since 1986: "Donations instead of attention", is supported by employees, customers, suppliers and service providers of the uvex group and has so far achieved the proud sum of around 1 million euros in donations. The proceeds from the Advent bazaars for employees of the family-owned company, organised by the uvex group trainees, will also benefit the Rainer Winter Foundation.

Rainer Winter and his family still account for the lion's share of donations received. The foundation is organised by the family: daughter Gabriele Grau is Board member, granddaughter Alexa Grau Member of the Advisory Board and honorary responsible for the foundation administration.

In total, the Rainer Winter Foundation has already implemented over 40 projects and supported more than 10,000 children. The focus of the Foundation's activities is now on the Nuremberg-Fürth-Erlangen metropolitan region. About 70 percent of the donations are used here. In the 40 years of its existence, the Rainer Winter Foundation has spent more than 3.5 million euros on children in need. This amount corresponds to the total amount of donations received for the purpose of the foundation. The foundation's capital is 550,000 euros.