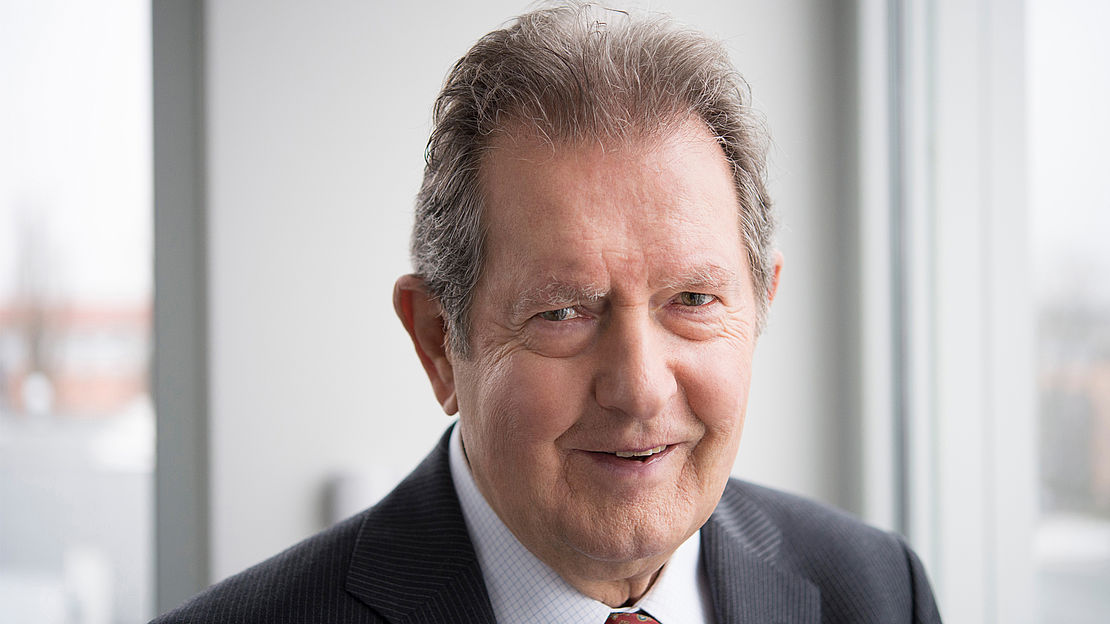 You joined the company 20 years ago. What did you before?

I was a student at what was then the Economics Technical College in Nuremberg, Germany. Every day, my father would ask me: “Rainer, what are you doing today?” And I would answer, “What do you think I’m doing?” To which he would reply: “Oh, yes, of course, you’re back at that university.” He wasn’t particularly impressed with my studies, and wanted me to join the company as soon as possible. I studied for about two semesters before he finally persuaded me to give it up. I should add that my father was not in good health at the time. He was a very active man, a mover and shaker. He started with nothing and built up the company completely without capital, which is about the hardest thing you can do.

So in the end, you gave in?

Yes, but under one condition: I could spend a year in the USA before joining the company.

What made you want to go to the USA?

The USA was more advanced than we were in many respects, particularly in corporate strategy and so that’s why I wanted to go there. But I did not have clue where I wanted to go or what I was going to do! However, I was lucky, well lucky and smart, because I did some research and came upon the Carl Duisberg company, one of the Bayer Chemie foundations. It was running a programme to develop the next generation of employees. It was just what I had been looking for and so, together with nine other young men and women, I moved to the USA. The programme consisted of three months at college followed by a six month internship with a company organised by the college.

Was your English good at the time?

No, because I had attended a humanistic secondary school, where we studied Latin and Greek. However, I learned the language quickly. I generally had a fair amount of good fortune: I moved to Chicago with another student from Frankfurt and we shared a flat. We got on very well and I was happy not to be alone.

So where did you work?

At Helene Curtis hair and cosmetics. This company made shampoos and a range of other hair care products. The head of personnel asked me what I wanted to do and that was my golden opportunity: I had landed in a brand-led company and wanted to find out how a brand could be developed and how marketing worked. I learned a great deal from the marketing manager and together with him, I launched a shampoo brand in Mexico.

What happened when you joined uvex on your return to Germany?

I told my father that I was ready to work for uvex, but not as his assistant. I asked him to give me responsibility for one of the five sectors of the company, which I could then manage autonomously. He decided on sunglasses, because he felt this was the area he was least knowledgeable about. So I started out in sunglasses and my first move was to look closely at how the sales organisation was structured. For instance, I went on a grand tour of Scandinavia with our Allround representative.

Soon after you launched uvex as the brand name?

Yes, the sales manager, Mr Lenz, was unable to explain to me why our sunglasses did not have a name, as other companies such as Primetta did. Our products were simply sold as Winter sunglasses, which didn’t make much sense. So we set about developing a name which would reflect the distinguishing feature of our glasses, that is “ultraviolet excluded”. We discussed various alternatives, utrex, for example. Ultimately we decided on uvex. I liked the name and the fact that it could be articulated in any language. That name was then adopted for all the products we were selling, with the sole exception of our protective clothing products which continued under the Winter name for some time, as the managing director of this segment was against the switch to uvex.

uvex quickly developed from a German company to a global group. How did you manage that?

Above all, by focusing on cost and the market. We started with the countries we could serve well from our base in Fürth, like Austria and Switzerland, and then gradually continued to expand. However, the home market has always been important to us, because 60% of our sales are generated in Germany.

You said your father was a mover and shaker. How would you describe yourself?

Let me think. I would say I am a market-oriented strategist.

What three things are you particularly proud of?

I don’t really want to highlight one particular achievement, but I am proud that I have managed to lead the company from sales of DM 4 million to its present size. Another success is that I always had the right staff. Even today, “Business is people” remains my guiding principle. I am utterly convinced that in business as in sport, the best team wins. And I am delighted that the management of uvex has passed on to my son, Michael, who is doing an excellent job.